The research aimed to determine the education impact of the Farmer Field School (FFS) at Shahbaa region in the Al-Suwayda governorate, by identification the contribution of FFS in education and transferring the recent agricultural recommendations for almond trees. Data of the study from 40 farmers within the FFS were collected by personal interview, using a questionnaire prepared for this purpose. This research was conducted in two villages (Park and Al-Hit) at Shahibaa agriculture directorate in Al-Suwayda governorate. The tabulated presentation of data was used, which included the frequencies, percentages, average, and standard deviation. The results of study showed that the proportionofagriculture respondents with high level of education reached 25% of the respondents. While the proportion of  respondents with  low level  was 20% , and with an average level of  55% of the respondents. The results showed that 82.5% of the respondents learned best methods for controlling diseases and insects through the participation in FFS. 72.5% of the respondents learned how to implementation of  the pruning and rootstock almond trees. The most important suggestions of the respondents to increasing the advantages of  FFS were to continue and increase the  number of FFS for the same crop in one season (85% of the respondents), provide financial and technical support for facilitators to be able to do their job more easily and all of the respondents appeared their desire to participate in another  FFS in the future. The research recommended to the need to mainstream and support farmer field schools in all governorates to work on increasing the efficiency of the deployment of agricultural innovations, to provide financial and technical support for facilitators and to stimulate farmers within FFS financially or morally.

This search aims to calculate production costs of all service operations provided to the cherry tree during the production season and calculating some of its economic indicators. The study was carried out during 2017 in Al-Haffah area with the help of a questionnaire which distributed to 95 farmers. Prices and costs were also based on the same year. The results found that the total costs per dunum planted with cherries equal (151882 s.p). Total output value was (700000 s.p), profit from dunum was (548118 s.p), profitability ratio based on costs was (3.6), while profitability coefficient based on invested capital was (21.6), and the economic efficiency attained (4.6). The trend of the development of the area and production in Al-Haffa showed that the linear model was suitable. Significant increases were recorded at the level of 5% at a rate of (6.13 ha per year) from the average value of (302.9 ha). The quadratic model of the development of production showed a significant increase at the level of 5%, representing 36.63% of the average production value which reached about (1627.6 tons), then production began to decrease significantly to about 2.34% of the average value. The study recommends that farmers should be encouraged to grow cherry trees, whether basic or bearing, because of their economic feasibility. Try to find the way to support farmers in terms of input requirements, and establish extension courses for farmers to guide them to provide the best services for the cherry crop.

This study was carried out with HSW and environmental pollution at Azimpur Colony in Dhaka City, Bangladesh to find out the HSW components, management, and the respondents’ view about environmental pollution. Data was collected randomly from 150 selected respondents through questionnaires by personal interviews from the study area in May, 2018 and data analyzed with the SPSS program. The study revealed that waste collection managed by ‘Tokai/Collectors’ and the waste generation recorded 0.42 Kg/Cap/Day. Vegetables and food waste (73.91%) were found dominant and the less amount was leather and rubber (0.72%). The most respondents (57%) had been preferred to place of waste in the dustbin and 40% of the respondents were agreed to waste collection by ‘rickshaw-vans’. The maximum 85% of people preferred daily waste disposal. Majority respondents were given their opinions that environmental pollution caused by HSW and awareness build up.

The study aimed to detect the fluctuation of rain and the strategies of agricultural accommodativeness for millet crop in Umm Kaddada locality. The study applied the historical, regional and quantitative methods. The data was collected by observation and personal interviews, in addition to distributing 158 questionnaires. Moreover, the study relied on annual and monthly climatic statements and annual agricultural survey. The study showed that there was great fluctuation in rain rate from 1980 to 2016, which led to the reduction of millet crops which is the main food of the population. Due to rain fluctuation and recurrent failure of agriculture, the farmers invent a number of strategies as alternative solutions to ensure production such as early farming, variation of agricultural crops, and economical and agricultural solidarity. The study recommended the importance of developing Meteorology Station; and to take the advantage of remote sensing technology in agriculture to survey and to estimate the production.

The main objective of the research was to analyze the economic costs of production of gypsum crops in the Syrian coast, in addition to the study and analysis of economic indicators related to economic efficiency. The research was carried out based on a semi-intentional sample. The field data were collected during the agricultural season (2017/2018) obtained from the personal interview with 15 farmers in the coastal area. As a result of the study, the average annual net profit achieved by the plastic house planted with gypsum was 1139352 SP, while the profit factor compared to the invested capital was 58.2%, and  compared to the production costs it was 98.1%, so it was a very good indicator in agricultural investment since the profitability rate was about 98 SP per 100 SP invested annually, and the turnover rate of variable assets was 2.6. The results showed that the economic efficiency index was 1.98, which was greater than the correct one. This indicated the efficiency of the exploitation of fixed and variable capital in a good and ideal manner and the feasibility of producing gypsum crops in the coastal area. The study concluded that this modern agriculture should be adopted and integrated as a complementary agriculture to the traditional one in the Syrian coast, according to the economic savings that it achieves for the agricultural investor, diversifying sources of income and improving their standard of living.

Agricultural production, like other economic activities, is affected by the success of agricultural economic policies pursued by government from leaving the farmer free to cultivate his land with the desired crops, and to take his production and marketing decisions in light of the mechanisms of supply and demand and the movement of prices in the markets without any intervention by the government. Therefore, the government’s intervention influences the farmers’ desire to grow any of the crops through its agricultural policies by imposing taxes or subsidizing inputs. Wheat, maize, rice, and potatoes are among the most crucial strategic food and industrial crops in Egypt. The Policy Analysis Matrix (PAM) can be estimated by calculating nominal and effective protection coefficients, and then identifying the policy adopted by the government, whether it is a protectionist policy or a policy of direct or indirect taxes on the producers of those crops, as well as the calculation of the cost of domestic resources to determine the relative advantage. The results showed that the financial value of workers’ wages in the production of wheat, maize, rice and potatoes at market prices exceeded the border prices, while the values ​​of the nominal protection coefficients of outputs were about 0.81, 0.81, 0.80 and 0.83 for wheat, maize, rice and potatoes respectively. Nominal protection coefficient values ​​for production inputs were 0.83, 0.83, 0.85 and 0.84 respectively for the four crops, while the effective protection plant values ​​for wheat, maize, rice and potato crops were 0.80, 0.80, 0.80 and 0.84, respectively. The values ​​of the comparative advantage of the four crops, respectively, were 0.49, 0.52, 0.38 and 0.37.

This research aimed to identify the most important variables (problems) in the poultry sector in the governorate of Swaida. Thus, to study the factors responsible for explaining the largest percentage of the total variance using the exploratory analysis. The research data based on a questionnaire that included problems according to the opinion of the breeders during the season 2018. This questions targeted a random sample of 104 breeders, which were equivalent to 50% of the total statistical size of the targeted community. The research sample consisted of the breeders of poultry sector in the province of Swaida. The analysis method based on the use of the exploratory analysis, using the principal components method, and the orthogonal rotation of the axes in the Varimax method. The results showed that there were four factors significantly combine the twelve study variables, where these factors had an eigenvalue greater than one each, and they accounted for 64.722% of the total variation. These factors represented feed problems, quality of the production requirements, quantity of chicks and increasing of fodder prices. Specifically, they explained about (19.385%, 18.736%, 13.374% and 13.226%) respectively of the total variance. 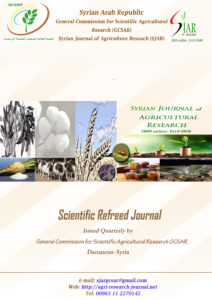 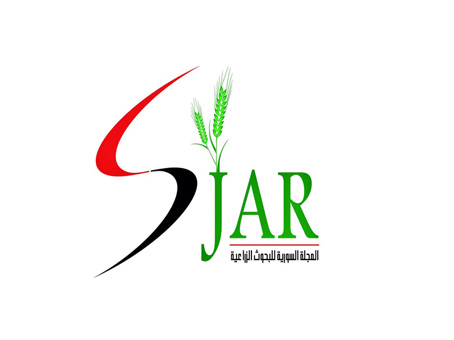